DIA acknowledges its franchisees’ hard work in the Customer, Efficacy, Initiative, Respect and Team categories, which represent the company’s values, in addition to a new award this year giving Mention to the Best International Franchise.
Ana María Llopis, Non-Executive Chairman of DIA Group, and Ricardo Currás,
CEO, presented the awards to the winners.

This morning, at Casa de América in Madrid, DIA Group presented its “III Awards to the Best Franchisees”. This recognition highlights the effort and commitment of the company’s franchisees throughout the year. The awards were presented by Ana María Llopis, Non-Executive Chairman of DIA Group, and Ricardo Currás, Chief Corporate Officer.

The awards acknowledge the hard work of the Group’s franchisees in five different categories that represent the company’s values: Customer, Efficacy, Initiative, Respect and Team, in addition to a new award this year giving Mention to the Best International Franchise. In this third edition, the company has decided to award the following franchisees:

The award for ‘Customer’ value was presented to Ramón Abril, Fructuoso Abril and
José Antonio Abril, of Zafra and Llerena, in Badajoz. As long-standing DIA franchisees for
over 17 years, the Abril brothers manage the DIA Maxi stores in Llerena and Zafra. The secret
of their success is the impeccable treatment they give their customers, who are assisted from
the moment they arrive at the car park until they pay for their purchases. They offer dynamic
customer service, in which cashiers play an essential part, particularly in greeting customers
and on their departure from the establishment.

The award for the ‘Efficacy’ value was presented to Yolanda Blanco and Verónica Serrano, of Maçanet de la Selva, Girona. Both were DIA employees before taking on their own business. With a team of seven people, they have successfully applied the changes suggested by the company internally to boost their sales. Their premises have a sales floor covering 280 square metres and they receive a high number of customers, requiring efficiency from the team to ensure the viability of their business.
Susana Martínez, of Jaén, awarded for the ‘Initiative’ value, began working as a cashier at DIA in 2001. Two years later, she was promoted to store manager, a position of responsibility which she held until 2011, when she decided to begin her journey as a franchisee.

In 2012, she was joined by her partner, who works closely alongside her. She has recently
opened a second store.

The award for the ‘Respect’ value went to Dongning Mu and Jianjun Li, of Madrid, a couple who have been in Spain for over two decades. Dongning and Jianjun have an enviable DIA franchise in terms of store presentation. The two professionals are respectful and determined. They have managed to open establishments less than 500 metres away from their competition, having to adjust their spending in order to keep their profits up.

Through awarding the ‘Team’ value, DIA has acknowledged work of Daniel Alonso Mancebo and Maximina Feito of Navaluenga, Ávila. The two entrepreneurs came from the hospitality industry, when they decided to return to Navaluenga along with their family to open a DIA franchise in 1994. They were supported from the outset by their entire family circle, which has continued to grow to now include three daughters, a son-in-law and Daniel’s sister.

The Mention to the Best International Franchise is one of the new additions this
year. On this occasion, the award went to Diamantino Mota Areia, a business owner from
Portugal with over 20 years’ experience as a DIA franchisee. In fact, his store, which opened in
November 1996, was the company’s first franchise in the country.

More than 3,600 franchises across three continents

The first DIA franchise in Tarancón, in the province of Cuenca, opened in February 1989. Twenty-seven years later, DIA has established itself as the Spanish company with the most franchises in the world and the third largest company in Europe in the food sector*.

Around 48% of all DIA Group stores are managed in franchise format, which exceeds 3,700 establishments in the five countries in which it operates (Spain, Portugal, Brazil, Argentina and China). The DIA franchises employ over 24,000 people across the world, 7,250 of whom are based in Spain. 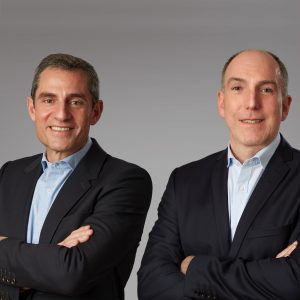 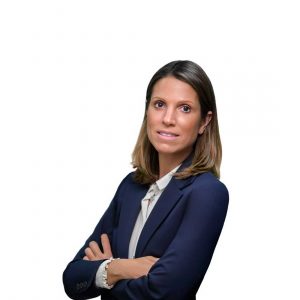