Stephan DuCharme, Executive Chairman of the DIA Group Board and Ricardo Álvarez, CEO in Spain, travelled to Castell de Ferro to express their thanks for the work carried out in the field during the COVID-19 crisis.

Granada, 4 July 2020. Yesterday afternoon, DIA Group’s top management team, represented by Stephan DuCharme, Executive Chairman of the Board and Ricardo Álvarez, Spain CEO, visited La Caña Group’s production plant in Castell de Ferro (Granada). This is the plant growing the cherry tomatoes which are distributed by DIA across its almost 3,000 DIA, Dia&Go, La Plaza de DIA stores in Spain. This distribution is also ensured via DIA’s ecommerce service at dia.es- delivering to the homes of more than 5 million Andalusians.

DIA Group visited these facilities to voice its gratitude and to recognise the effort made in the field during the COVID-19 crisis in order to ensure the supply of fresh produce. More specifically, the distribution company increased its purchases of the round, pear and vine cherry tomato varieties from La Caña Group by 40% during the pandemic.

”It has now been 15 years since your tomatoes first made an appearance in our shops. 15 years of collaboration go to show that you offer a product our customers like; a quality product. The reason we are here today is to thank you for your work over all of these years- particularly during the COVID-19 crisis. While the population at large was at home, you worked relentlessly in the countryside to make sure everyone had fresh produce to eat, and that deserves an enormous round of applause. Without a doubt, the pandemic has highlighted the importance of the fundamental role food producers and distributors play in covering the basic need that is food. We are a clear example of collaboration between suppliers and customers during challenging times”, Stephan DuCharme emphasised during the visit.

For his part, Jesús García, Managing Director of La Caña Group, said: “we are extremely happy to receive a visit from the new executive management of DIA Group and this gesture helps us get an overview of the work we do together as part of the food chain. Not only do we share a lasting business relationship with DIA, we also share a mission and corporate values as to the responsibility of providing consumers with healthy products that are in the best condition possible in terms of quality. This new drive within the chain goes hand-in-hand with our firm commitment towards research, development and innovation (R+D+i), based on digital transformation, the drive towards a circular economy via the revaluation of by-products, and the search for functional foods which improve consumer health and well-being.

“Following an unprecedented crisis, the agri-food industry has shown its strength and the fundamental role our farmers have played. Our usual communication and planning with customers has intensified over these months in order to maintain a constant line of work while maintaining quality and safety. DIA knows this all too well, since the food industry along with the health industry has been the safeguards of society during the crisis. As such, we strengthened our relationship which now goes beyond the commercial realm and I am sure we will expand on this even further in future projects dedicated to consumer satisfaction.”

María José Martín, Regional Delegate in Granada for the Department of Agriculture, wanted to congratulate DIA Group and La Caña Group for the wonderful work they are doing: “It is a very important day for the company, as the visit by DIA Group’s management team to the facilities is a form of recognition for the great effort being made in research, development and innovation (R+D+i), as well as recognition of its growth with factories, such as Caña Nature, which is dedicated to creating ready-to-eat foods, as well as with its manufacturing plant for eco-friendly products which will open its doors in September”. On a final note, I’d like to highlight the constant support the Regional Government of Andalusia has provided to La Caña Group for several years.

Andalusia is a key region for the DIA Group. With a network of more than 600 shops and 4,400 employees across the Autonomous Community, the company is committed to the generation of wealth, which is achieved through the generation of employment and through purchases made from local suppliers, such as La Caña Group.

During the COVID-19 crisis, in Andalusia, DIA Group increased its workforce in stores and in warehouses by 473 people, and transformed three physical shops (one in Seville, one in Málaga, and another in Cádiz) into dark-stores for online orders, in turn contributing to the social duty of staying at home. It also donated 25,000 face masks and hand sanitisers to the Regional Government of Andalusia. At the end of the visit, both companies agreed to continue their existing collaboration, being able to adapt when faced with the varying needs of the market, with complete commitment to the satisfaction of the end consumer. 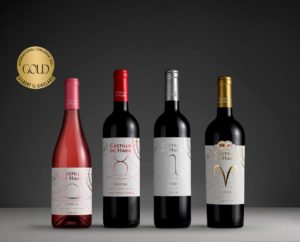 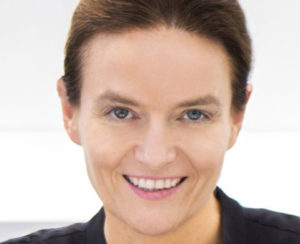