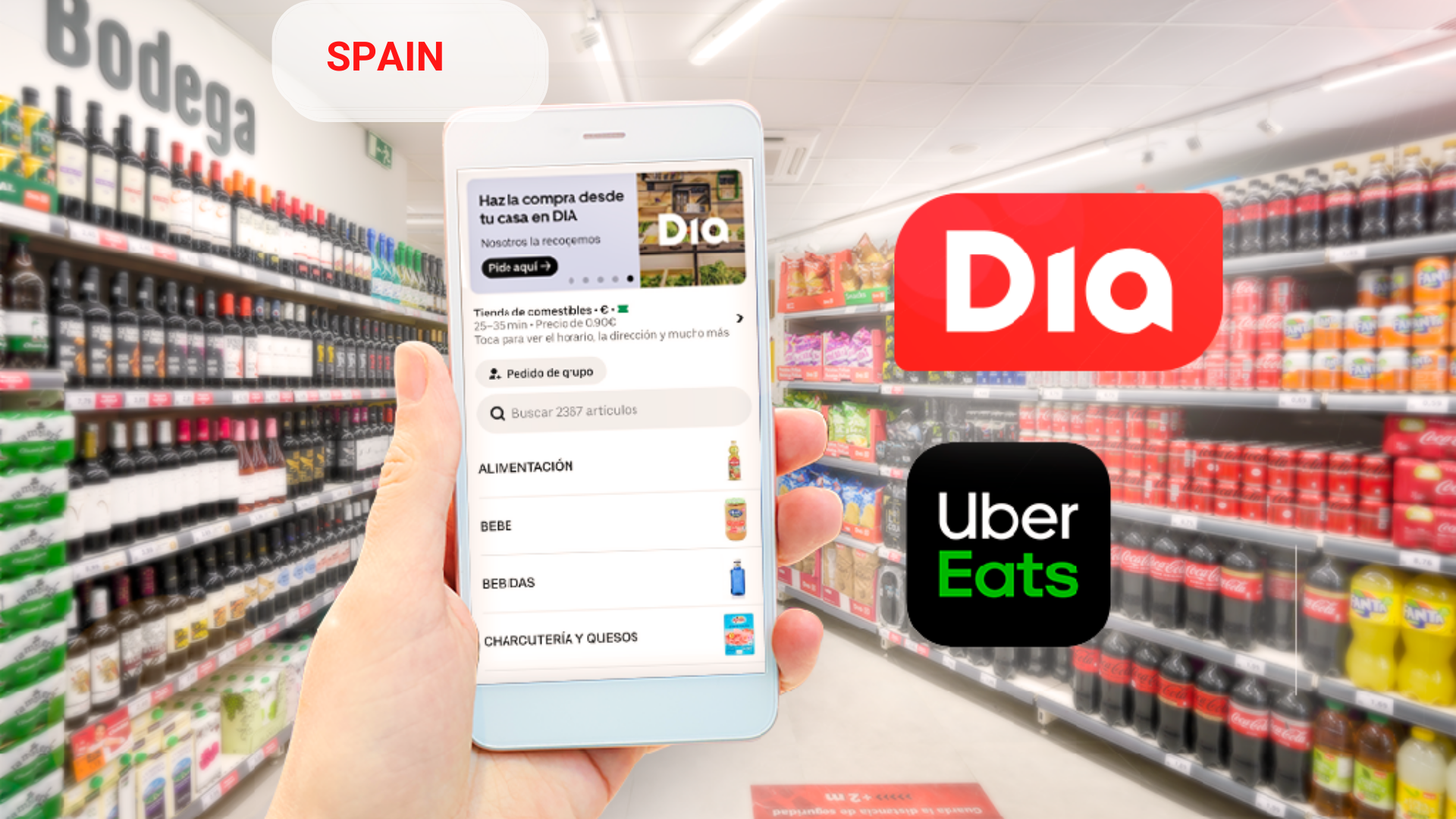 Users can place orders using the Uber app and their shopping will be delivered in under an hour.

The service is available in over 520 stores nationwide.

Las Rozas de Madrid (Madrid), 7 October 2021.  DIA has reached an agreement with the food delivery platform Uber Eats to launch a new distribution service for food, hygiene and personal care products whereby app users can place their orders and have them delivered to their homes in under an hour. DIA will deliver the orders from Uber users from over 520 stores in Spain, spread out across nearly one hundred cities.

“The alliance between DIA and Uber Eats is a long-term project based on the coming together of synergies from both companies to respond to the current needs of consumers, who are increasingly demanding greater immediacy and convenience when it comes to their shopping. When the pandemic arrived, we witnessed a growth in demand for online food shopping, a trend that has continued with the return to normality. For this reason, and with our objective of being closer to our customers every day, at DIA we continue to work to improve and expand our online shopping service, which already reaches 26 million households. The alliance with Uber Eats gives us an opportunity to reach more homes in less time”, stated Diego Sebastián de Erice, Head of E-commerce Business Development at DIA.

“Thousands of users choose us every day in the more than 400 Spanish locations where we operate and we are delighted that they will be able to order their favourite DIA products from their mobile phones thanks to this agreement. The huge growth we have seen in the last year makes it possible for partners like DIA to put their trust in us,” said a spokesperson for Uber Eats.

Thanks to this agreement between DIA and Uber Eats, the platform’s millions of users in Spain will be able to fill their shopping baskets using their trusted app and have them delivered to their homes within an average of 40 minutes. Uber users will be able to place orders from 9.30am to 8.30pm, 7 days a week.

Uber Eats gives users instant access to local restaurants and businesses. We help people order food or do their shopping, and get it delivered reliably and quickly to wherever they want at the touch of a button.

Uber Eats has over 700,000 member restaurants in more than 6,000 cities in 30 countries and 6 continents. We are ranked No. 1 or No. 2 in over 25 markets worldwide, including Spain, the United States, Canada, Australia, Japan, France and Mexico.

Uber Eats is the most downloaded food and drink app in the world (App Annie 2020).

DIA will invest more than USD 100 million over the next three years in its plans for Argentina
Read
October 4, 2021